Way More Than a Stopgap: How Pressure-Formed Printer Parts Helped Save the Day for Kodak 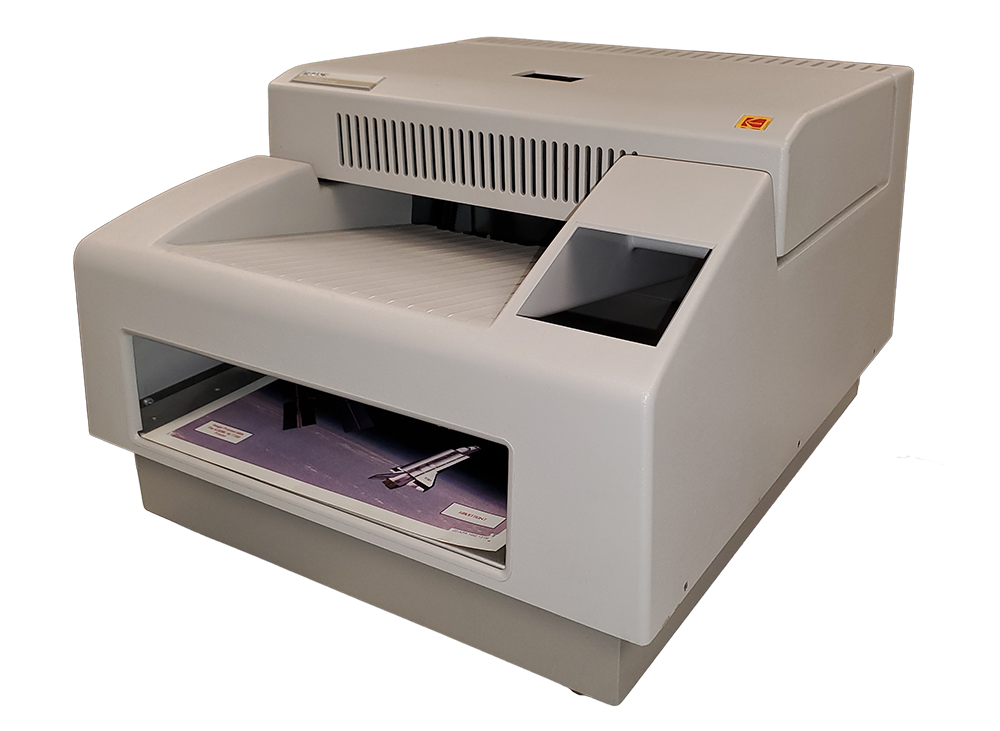 Profile Plastics provided pressure forming services for the highly detailed enclosure of this Kodak color printer.
The situation was downright dire: a looming deadline for the release of a new color printer and injection molding tools that were simply not going to be ready in time. Was there a temporary solution? Turns out that pressure forming from Profile Plastics provided an ideal production stopgap—plus a whole lot more.

Challenge: Where do you turn when your injection molding tooling is way behind schedule?

Kodak materials engineer Bill Cornish needed a solution, and fast. The product release for a new printer was slated for the spring. Meanwhile, the final designs for it were far from complete. That meant development of injection molding tooling—a notoriously time-consuming effort—would have to be delayed.

Was there another option in the meantime for producing the printer’s plastic enclosure? Bill ruled out vacuum forming because he knew it was unlikely that the process could produce the desired texture for such a highly cosmetic part.

So what about pressure forming? Maybe. But it couldn’t be just any pressure former. The detailed aesthetic features of the enclosure demanded a pressure former with deep expertise in producing challenging cosmetic parts.

Fortunately, Bill knew of a company who matched that description.

“[W]hen the need for high-quality pressure forming arose, I already had a company in mind. Profile Plastics in Northbrook, Illinois, had a reputation for creating high-quality cosmetic appearance parts.”

[W]hen the need for high-quality pressure forming arose, I already had a company in mind. Profile Plastics in Northbrook, Illinois, had a reputation for creating high-quality cosmetic appearance parts.
Bill Cornish,

Solution: A pressure-forming partner with the experience to respond fast and effectively

Profile Plastics helped the Kodak team overcome their deadline dilemma thanks to solutions like these:

Being nimble and flexible, especially for less-than-ideal project conditions. Starting with a short lead time, Profile Plastics began developing the pressure forming tooling while the designs were still being finalized.

In fact, significant changes were needed for the tools even after production had begun. But Bill explains that the pressure forming tooling changes, even severe ones, were surprisingly manageable.

“[H]ad we started with injection molding, it would have meant scrapping $250,000 worth of tools. Pressure forming tools are simpler and easier to change. There are no injection pins or pressure plates, and changes involve only half a tool.”

To respond, Profile worked with Kodak to improve the design. In addition, Profile Plastics quickly identified a remedy in the production: modifying the 5-axis CNC trimming program to add machine passes on part sections where thickness was crucial.

According to Vince, once these steps were taken, “the quality of the parts was so consistent that we never had to look at them.”

[H]ad we started with injection molding, it would have meant scrapping $250,000 worth of tools. Pressure forming tools are simpler and easier to change. There are no injection pins or pressure plates, and changes involve only half a tool.
Bill Cornish,

Results: A short-term option that saved money, led to an exceptional part, and paved the way for continued improvements

The pressure forming services from Profile Plastics ultimately delivered much more than Kodak bargained for—in the best sense possible. Highlights of the project include the following:

That expertise also showed up in the part’s consistent texture.

“[T]he texture was so good that our injection mold people said we would never get as good a finish with injection molding as we got with pressure forming!”

The part even gained industry recognition from the Thermoforming Division of the Society of Plastic Engineers. In its annual parts competition, the organization awarded first place to Profile Plastics for the part’s quality.

Extra time created for an even better future enclosure. Kodak initially planned to use the pressure forming services of Profile Plastics for six to nine months. But the part’s quality and smooth production led to Kodak extending the process to more than a year.

Kodak now had extra time to build injection molds, plus they made further changes to the part’s design, making it even more cosmetically appealing.

“Going to pressure forming first not only saved us time and money,” explains Kodak designer Bob Capurso, “but it allowed us to have a better finished part when we did cross over to injection molding.”

[T]he texture was so good that our injection mold people said we would never get as good a finish with injection molding as we got with pressure forming!

Kodak materials engineer Bill Cornish learned a great deal from working with Profile Plastics, especially when it comes to the value of the pressure forming option.

“[W]e will definitely use pressure forming again. The process allows us to get to market more quickly, and if there are any design changes—which are almost impossible to avoid—pressure forming can save a tremendous amount of money.”

Looking for an alternative to injection molding, even a temporary one? Wondering if pressure forming could be the solution for your next part?

Set up an introductory call with Profile Plastics.